Respect Human Rights
Acting responsibly and ethically with everyone

Michelin subscribes to the highest international standards of Human Rights in the conduct of its business and in its value chain. 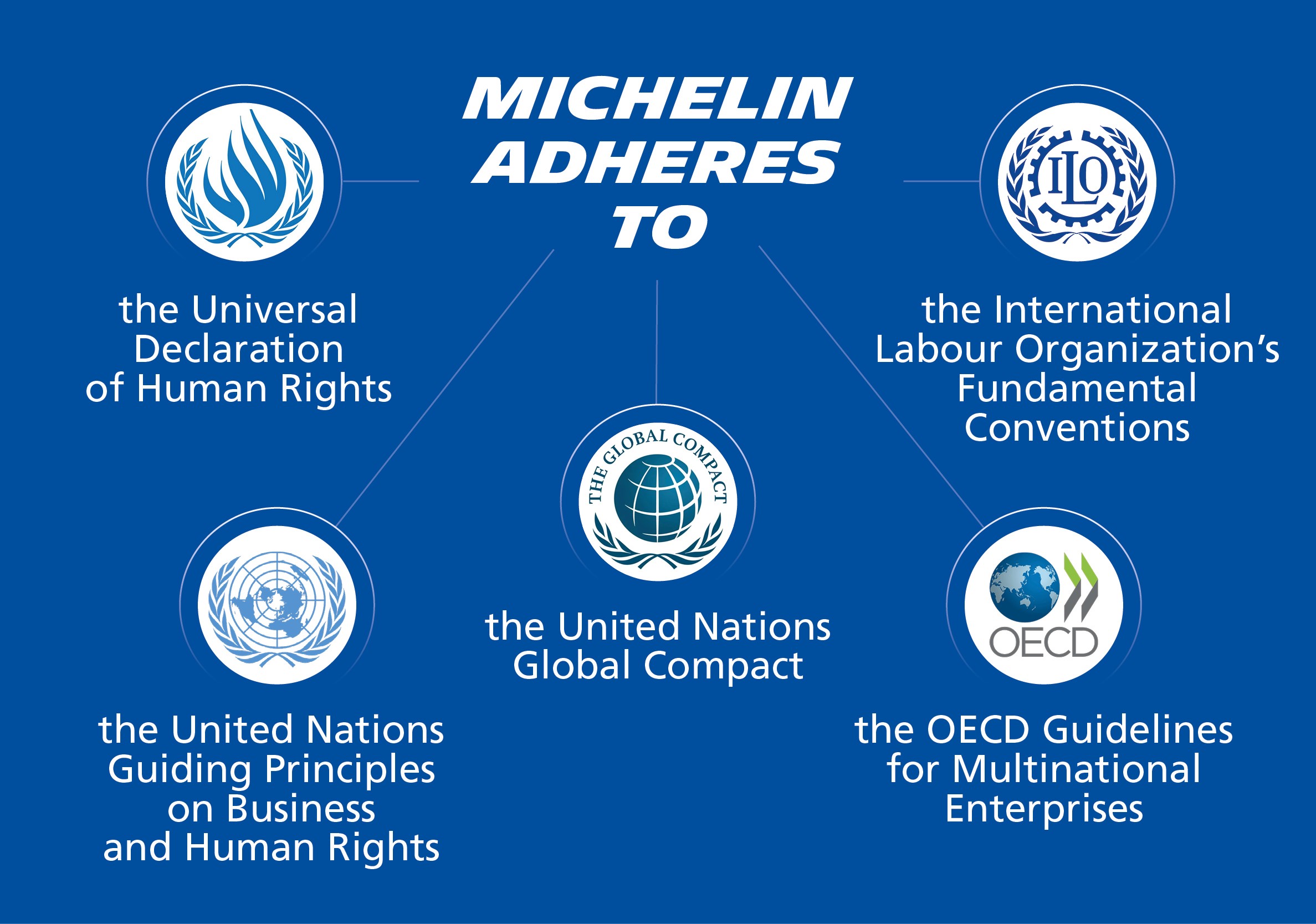 Michelin has been a signatory to the UN Global Compact since 2010. The Group’s approach is underpinned by recognized international standards, specifically the Universal Declaration of Human Rights, the United Nations Guiding Principles on Business and Human Rights, and the ILO's Fundamental Conventions. The latter cover child labor, forced and compulsory labor, non-discrimination, freedom of association and the right to collective bargaining.

Since 2014, Michelin's Human Rights approach has been coordinated by a multidisciplinary task force and monitored by a Human Rights governance body at the highest level of the company. The latter is chaired by the Head of the Personnel Department, seconded by the Head of Manufacturing, both of whom sit on the Group Executive Committee.
Every year since 2017, Michelin has published its Duty of Care Plan. This document details the main Human Rights risks associated with its operations and with those of its suppliers, along with the measures introduced to prevent them.

In 2017, Michelin joined the Businesses for Human Rights, a non-profit organization, that supports companies in their advancements in this area.