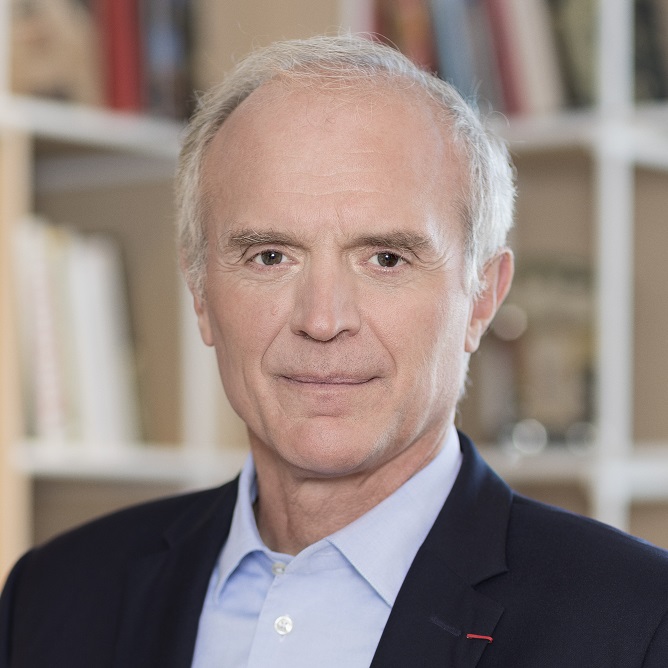 After graduating with a degree in finance, management and economics, Florent Menegaux joined Price Waterhouse in 1986 as a consultant. He was soon appointed manager, specializing in interest rate risk control and management for banks.

In 1991, Exel Logistics France, a logistics and transport company, offered him the position of Finance Director. Six months later, he was promoted General Manager. From 1995 to 1996, Florent Menegaux was General Manager of the General Cargo Transport division for the Norbert Dentressangle Group.

In 1997, Florent Menegaux joined Michelin as Commercial Director for truck tires in the United Kingdom and the Republic of Ireland. In 2000, Michelin appointed him Sales Director for Truck Tires Original Equipment and Replacement markets for North America. In 2003, he became head of Truck Tires for South America.

In 2005, he was appointed head of the Africa – Middle East Zone.

In January 2006, Florent Menegaux became responsible for the Group’s Passenger Car and Light Truck Tire Replacement Business Unit for Europe, before being appointed Executive Vice President for the Passenger Car and Light Truck worldwide activities, becoming a member of the Group Executive Committee, in 2008. He also oversees Michelin’s Motorsports activities and Materials business.

In December 2014, he was appointed Chief Operating Officer and then Senior Executive Vice President of the Michelin Group in 2017.

In January 2018, he also supervises the Group’s Business Directions, and the Manufacturing, Supply Chain and Customer Experience Operational Directions.

On May 18, 2018, Florent Menegaux is named Managing General Partner of the Group.

On May 17, 2019, Florent Menegaux is named Chief Executive Officer.