82 percent of the 715 suppliers assessed in 2019 met our standards. Action plans were implemented with the suppliers who fell short of compliance.

Last year, in compliance with the recommendations of ISO 20400, the Group carried out a study to check its level of maturity in assessing the CSR practices of raw materials suppliers in countries with environments and/or human rights risks. In recognition of this commitment, Michelin has held "Responsible Supplier Relationships" certification since 2014.

After pledging to uphold France’s “Responsible Supplier Relationships” Charter in October 2012, Michelin earned the French government's label of the same name in June 2014. On June 25, 2019, Michelin was awarded the Responsible Supplier Relations and Procurement Label at a ceremony at the French Ministry for the Economy and Finance in Paris. The label recognizes French companies that have demonstrated the ability to foster balanced, sustainable relations with their supplier. 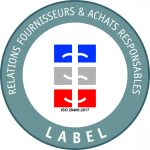 In 2017, the Group received three awards: a Gold trophy in the CSR category from Décision Achats; the Best Supplier CSR Performance Improvement trophy from EcoVadis, in recognition of the fact that 78 percent of suppliers have improved their CSR score thanks to their partnership with Michelin; and the Payment Time prize in the Large Groups category from the French Ministry for the Economy and Finance.

At the same time, in April 2019, Michelin received certification that its purchasing practices were mature with regard to the new international ISO 20400 Sustainable Procurement standard.

Michelin has around 50,000 suppliers located on every continent around the world

At more than €14 Bn in 2019, purchasing is equivalent to close to 60 percent of Michelin's turnover.

A map of CSR risks linked to industrial and services purchases in at-risk countries has also been developed.

Natural rubber is a critical raw material for the tire industry, which uses 75 percent of global production. As the market's largest buyer, Michelin has long been deeply committed to ensuring that the entire supply chain is managed responsibly and sustainably.

To help make that a reality, in 2016 the Group worked with NGOs to formalize its Responsible Natural Rubber Policy.

The policy lays out Michelin's commitments in five areas:

Rubberway, a mobile app developed by Michelin, is used to track the CSR practices of the different players in its value chain.

In 2017, the Group carried out a study to check its level of maturity in assessing the CSR practices of raw materials suppliers in at-risk countries. The study showed that Michelin does not have any supplier in countries with high environmental protection risk levels.

Veuillez entrer une adresse email valide.
an error has occured
You are unsubscribe from this list