In addition to utilities management[1], the 10-year contract provides for the design and operation of new energy facilities and the installation of a waste heat recovery system. This untapped energy source will meet the site’s heating needs along with those of 4,000 homes through a connection to the city heating network. 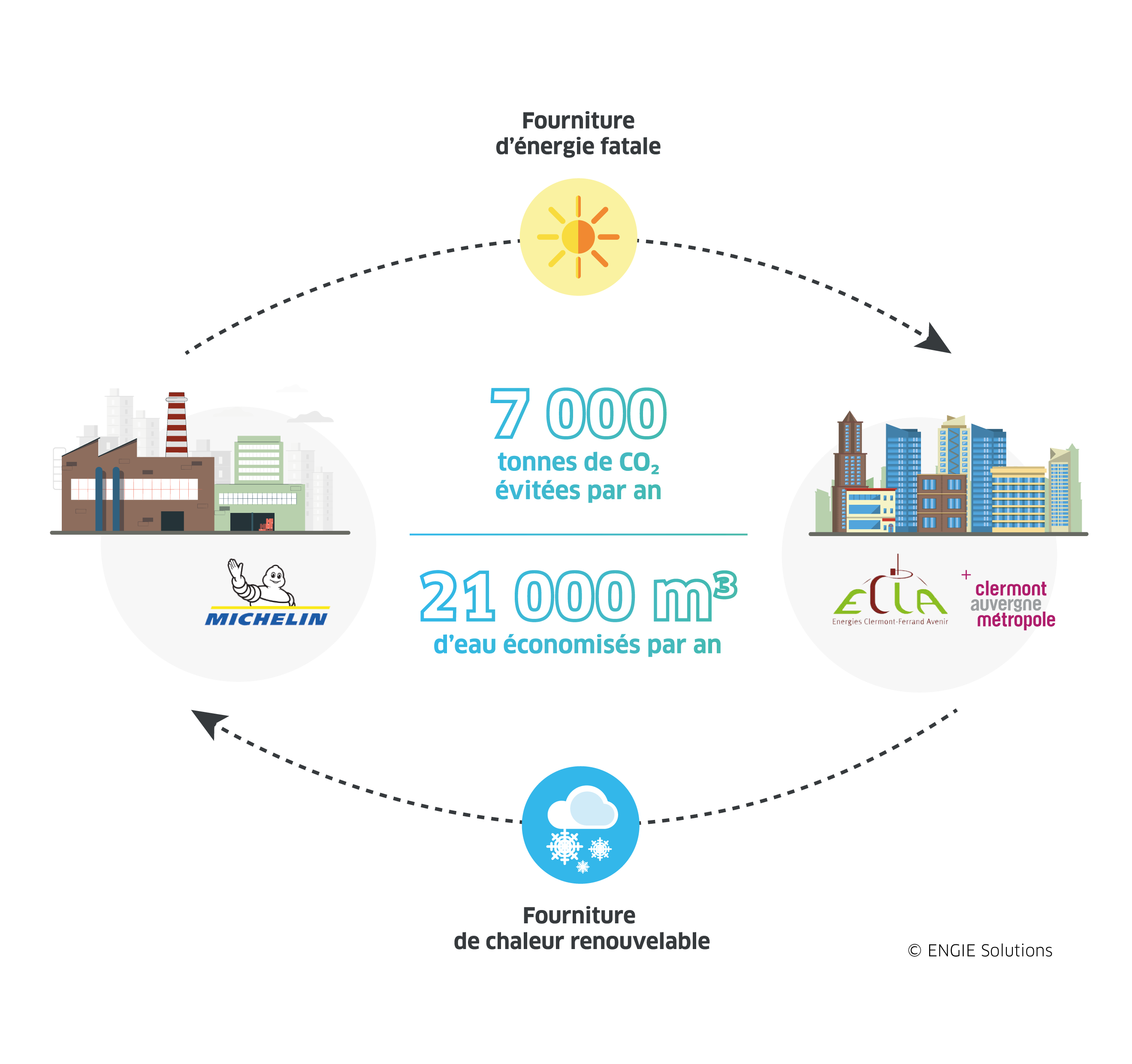 To increase productivity, improve energy efficiency and thus move forward on the road to decarbonisation, Michelin has decided to entrust ENGIE with the production of all utilities at the Cataroux industrial site and at L’Aventure Michelin[1]. By modernising production with low-consumption and efficient equipment and optimising its energy needs, ENGIE’s input will allow Michelin to lower its energy consumption while also reducing its greenhouse gas emissions. The site can expect to save 50% in natural gas consumption and 13% in water consumption.

A major part of the contract involves installing a system to recover waste heat from the industrial process and then re-inject it into the Clermont-Auvergne-Métropole heating network, to which the site will be connected. Through its subsidiary ECLA, ENGIE has held the public service concession for the management and operation of this heating network since 2010.

With this connection, Michelin will decarbonise its own energy consumption as well as that of the heating network. In winter, heat recovered from tyre manufacture will allow self-sufficient heating of the site. Throughout the year, surplus heat will be injected into the ECLA network, representing the annual heat consumption of 4,000 homes and abating the emission of 7,000 metric tons of CO2.

For ENGIE, the leader in low-carbon centralised energy infrastructure, this project is perfectly in line with its strategy and illustrates its expertise in supporting its customers’ decarbonisation.