Le futur de l’automobile With the Symbioz concept car, Renault presented its vision of the future of cars in 2030. An autonomous, electric and smart future, where the line between car and living space is blurred. A concept car Michelin has been involved with from the very beginning. The...

A few hours after the close of the Rétromobile trade show (February 7–11 2018), an annual meeting at Porte de Versailles in Paris of classic car enthusiasts, we take a closer look at the Michelin Classic division. With tires that are not just safe but also historically authentic, Michelin Classic...

MICHELIN Motorsport is joining forces with Jaguar Racing, kitting out all the cars in the upcoming Jaguar I-Pace eTROPHY which will be the first 100% electric competition for standard production vehicles. Explanation. 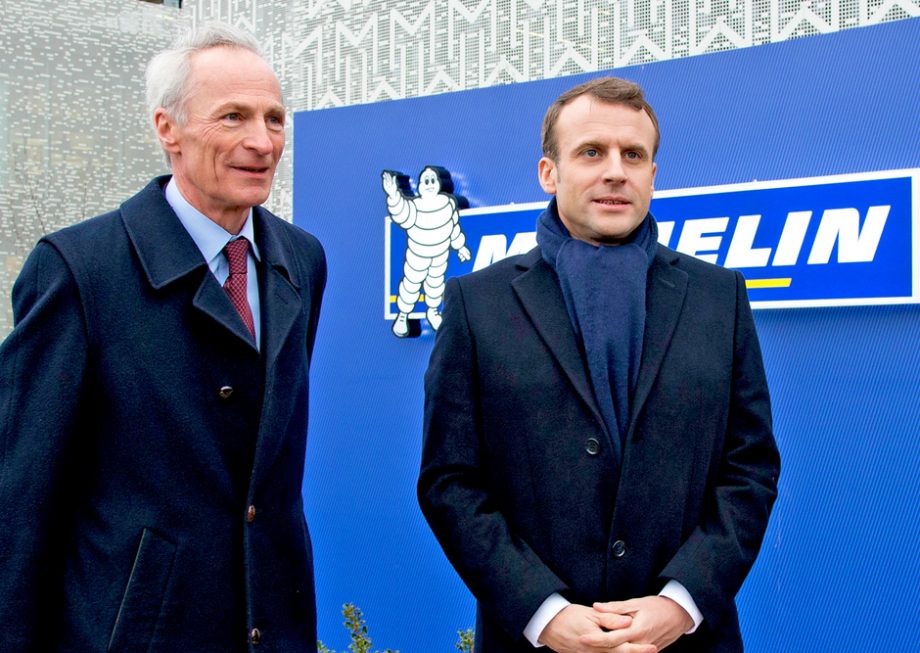 During an official two-day trip in the Auvergne on January 25th – 26th, the French President, Emmanuel Macron, visited Michelin Technology Center in Ladoux, Clermont-Ferrand (France). He was welcomed by Jean-Dominique Senard, Group CEO and the members of the Group Executive Committee.

The right tires are essential for WRC

Just before the start of the Rallye de Monte-Carlo on the evening of January 25, British driver Kris Meeke was happy to discuss with us how important tires are in the performances of his Citroën C3 WRC.

Michelin: over a century of racing

World Endurance Championships, Rallies, MotoGP™, FIA Formula E Championships... As our different motorsport contracts are being extended, it’s time to take a look back at the Michelin Group’s commitment to racing...

In September, MICHELIN presented the latest MICHELIN Scorcher® 11 and Scorcher® 31 tires for the new models in the Harley-Davidson Softail® 2018 range. The result of 10 years of co-development by the two brands, these tires join the MICHELIN Scorcher range first launched in 2007. Developed in only two years...

Because we believe that mobility is essential for human development, we innovate passionately to make it safer, more efficient and more environmentally friendly

Concept tire : our vision of the future

At the Movin'On international summit on sustainable mobility held in Montreal last June, Michelin unveiled a concept tire that illustrates its vision of the mobility of the future in a combination of groundbreaking technologies and services.