Michelin is taking action to biodiversity

Maintaining and protecting ecosystems is an essential condition for sustainable economic and human development. The Michelin Group has set out to protect the ecosystems around each of its sites. For example, our commitment for manufacturing facilities is that "By 2020, the sites will include nearby protected areas and species in their analyses of environmental risks and the ensuing action plans". Here, then, are a few illustrations of what we are doing.

WWF France and Michelin Group renew their partnership. Beyond the objective to pursue their actions in favour of a sustainable natural rubber market and
developing a pilot project in Indonesia, Michelin and WWF France are opening up their collaboration to include sustainable mobility, as well as the elaboration of new objectives in terms of biodiversity, and new indicators regarding emission of greenhouse gases.

In Mexico, at Querétaro

In 2017, Michelin contributed to the Environmental Stewardship Grant Award to finance the creation of two public gardens where local plants could be reintroduced and the monarch butterfly species protected. 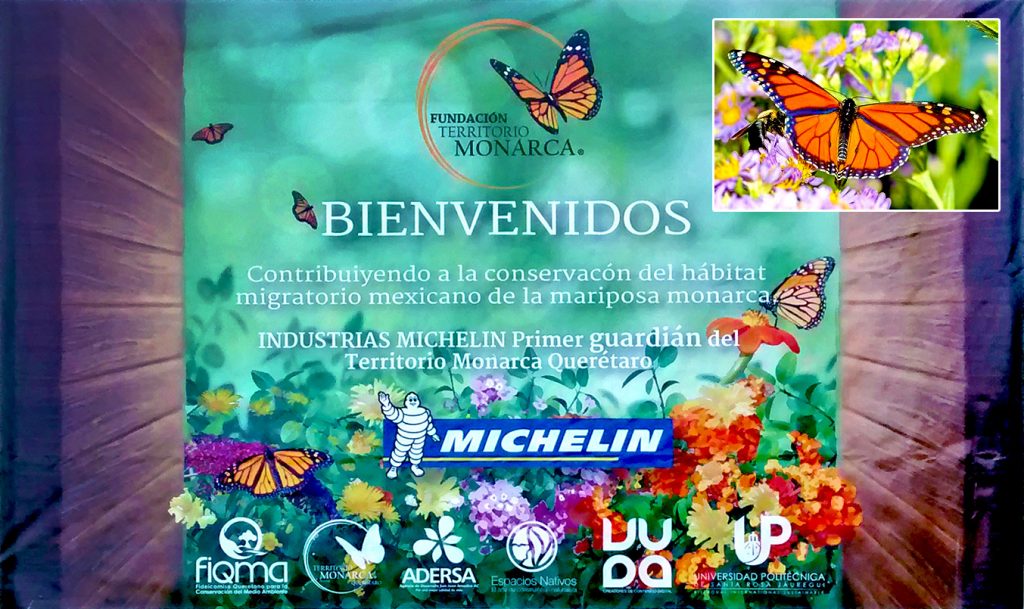 In 2018, large numbers of Michelin employees volunteered to work on the monarch butterfly project.

In the USA, at South Carolina

Since 1998, the Laurens Proving Grounds in South Carolina has partnered with the South Carolina Wildlife Federation to manage a protected nature area certified by Wildlife and Industry Together (WAIT). 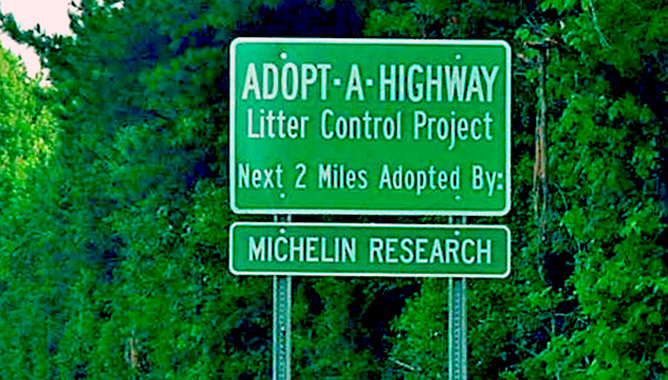 The facility has implemented various programs to protect the region’s natural habitats, in particular by getting local schools involved to encourage environmental awareness among children.

Michelin employees have also volunteered on several occasions to participate in such projects as maintaining walking trails around the site.

A number of other Michelin facilities in South Carolina have also obtained WAIT certification, including Sandy Springs, Starr, Lexington and the Research Center in Greenville.

In France, at the Group's headquarters in Clermont-Ferrand

There has been a change of mindset at the Les Carmes site: the lawn that used to be mowed every week has been replaced with local plants. What's more, a study of the local biodiversity was launched in 2019 to collect information about the fauna (insects, birds, rodents, chiroptera (bats), fish, etc.) and flora, and draw up a program for the future.

Eventually the site plans to track the development of the fauna and flora over time by setting up biodiversity monitoring indicators. The full study will stretch over 2019 and 2020 to include the flowering, reproduction and nesting periods, etc. and be able to identify and count all of the species. Lastly, in May 2019, the Fédération de Pêche et de Protection du Milieu Aquatique du Puy-de-Dôme (FDPPMA63) made an inventory of the fish species in the Tiretaine river that flows across the site.

The fish were all sedated before being measured, to avoid any stress, then released in good conditions.

A few figures from the initial count:

For the fifth year in a row, Michelin is supporting the environmental conservation initiatives conducted by the government of the Moscow region, where our Davydovo production site is located. The area was hard hit by drought and fires, which destroyed large areas of the forest. The Ministry of Ecology accordingly drew up an ambitious reafforestation program, in which nearly 300,000 local residents take part twice a year, in autumn and spring.

The staff of the Michelin site are acutely aware of the problem and keen to be actively involved. Last spring, around 100 employees, generally accompanied by their children, helped to replant trees (mostly pines).

The Michelin team is always the largest delegation from among the local industries and was appointed by the local administration.

Our sites in China are all located in industrial zones devoid of any protected area* around them. Accordingly, two of our facilities (SWT and Shenyang) regularly schedule annual biodiversity protection initiatives, such as planting trees on the Michelin site or in the area around it.

*Protected area: either a nature reserve or protected land around the manufacturing facility, set aside to protect the natural habitats and species, preserve the landscape and promote the local population's well-being.

Since Shenyang initiated its tree-planting day in 2014, 1,500 saplings have been planted near the factory in the Wetland Park and 600 employees have taken part in the initiative. In 2019, the tree-planting day was held on the Michelin site. 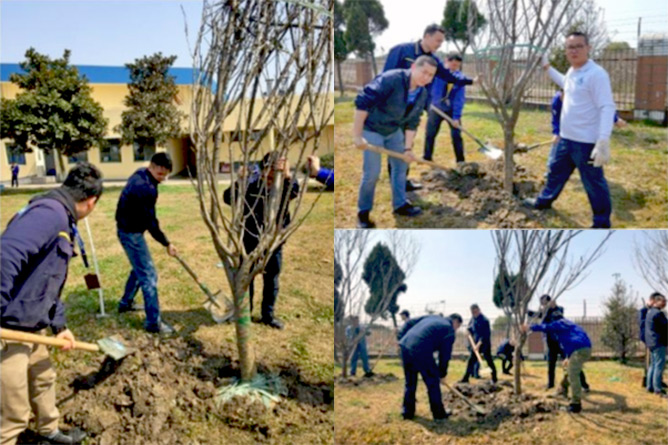 In Italy, at Cuneo

The Cuneo and Alessandria sites decided to control the numerous cats living on the sites by building shelters for the animals.

The Cuneo site organized a campaign to relocate its colony of cats. Previously, the cats had roamed all over the zone at the risk of being injured or damaging the plants, so the company decided to provide suitable shelter for its "four-legged guests". Thanks to the operation carried out by Michelin staff, the association "A Paw for Life" Onlus, the Cuneo veterinary center and the Vetamico veterinary practice, all of the cats were sterilized and chipped, and the competent authorities informed. 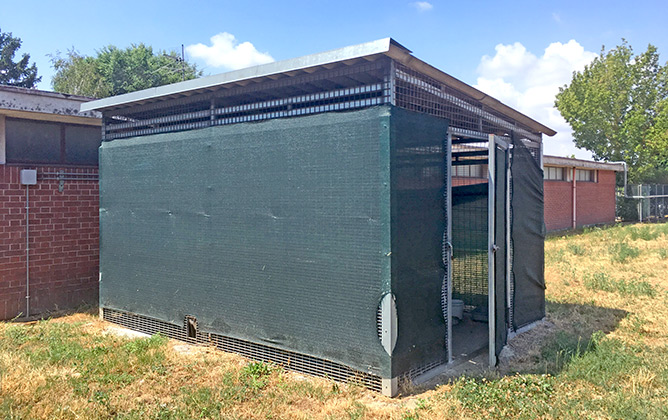 In the new location, the cats have shelters, bowls, litter and sufficient space to live safely and undisturbed. Michelin volunteers keep an eye on them every day and take care of them outside working hours.

A fine example of businesses and animal-protection charities working hand-in-hand: with a few simple steps and cooperation, everyone can live side by side in harmony. 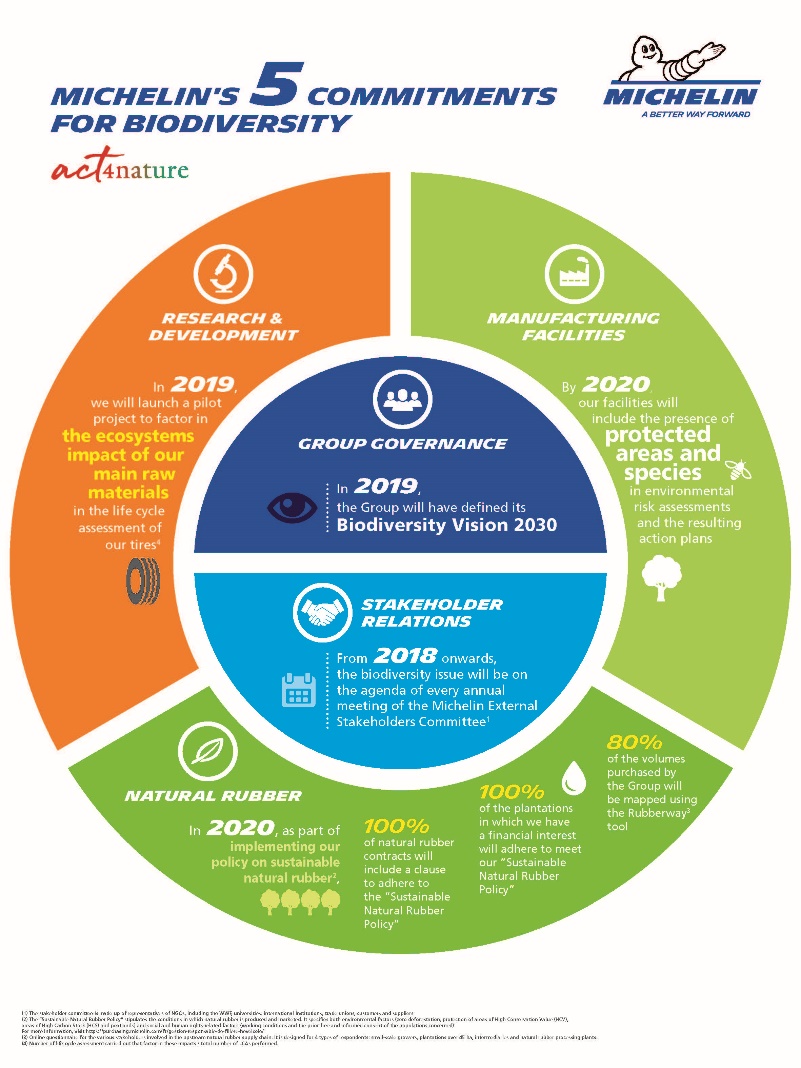 We have everything to gain from increased transparency

Formula E : a season of achievements for our tires