Michelin at Retromobile: a look back at the 2019 edition

This year, like previous years, Michelin was present and correct at the Allopneus.com booth. Our distributor paid tribute to Citroën as it celebrated its centenary, particularly with the presentation of the ID “analytical station wagon” from the Michelin Adventure exhibition.

Embracing the spirit of the show, Allopneus.com presented its products in a booth set up like a vintage garage.

Michelin was present at the show thanks to many specialized distributors but also, and for the first time, at the Peugeot Adventure and Citroën booths and with astonishing OE tires: Eden Electric for the Méhari Club Cassis, and the surprising Devinci, also for an electric engine. All of the Michelin Collection and Michelin Historic Competition ranges were also at the Porte de Versailles Exhibition Center.

The Berliet T100: in the footsteps of a giant

It was the unmissable and unrivaled star of the 2019 show on its giant wheels with low-pressure Michelin tires 1 meter wide and 2.20 meters high, each weighing nearly a ton. The linchpin of this edition, the Berliet T100 at 5 meters high, 15 meters long and 5 meters wide, looked down on all of Hall 1.

In 1957, the Berliet T100 left its factory in Lyon to be presented to the public at the Paris Motor Show. 62 years later, the giant made the return journey to Paris. No less than four days and three nights were needed for it to travel from Lyon to the Porte de Versailles Exhibition Center! 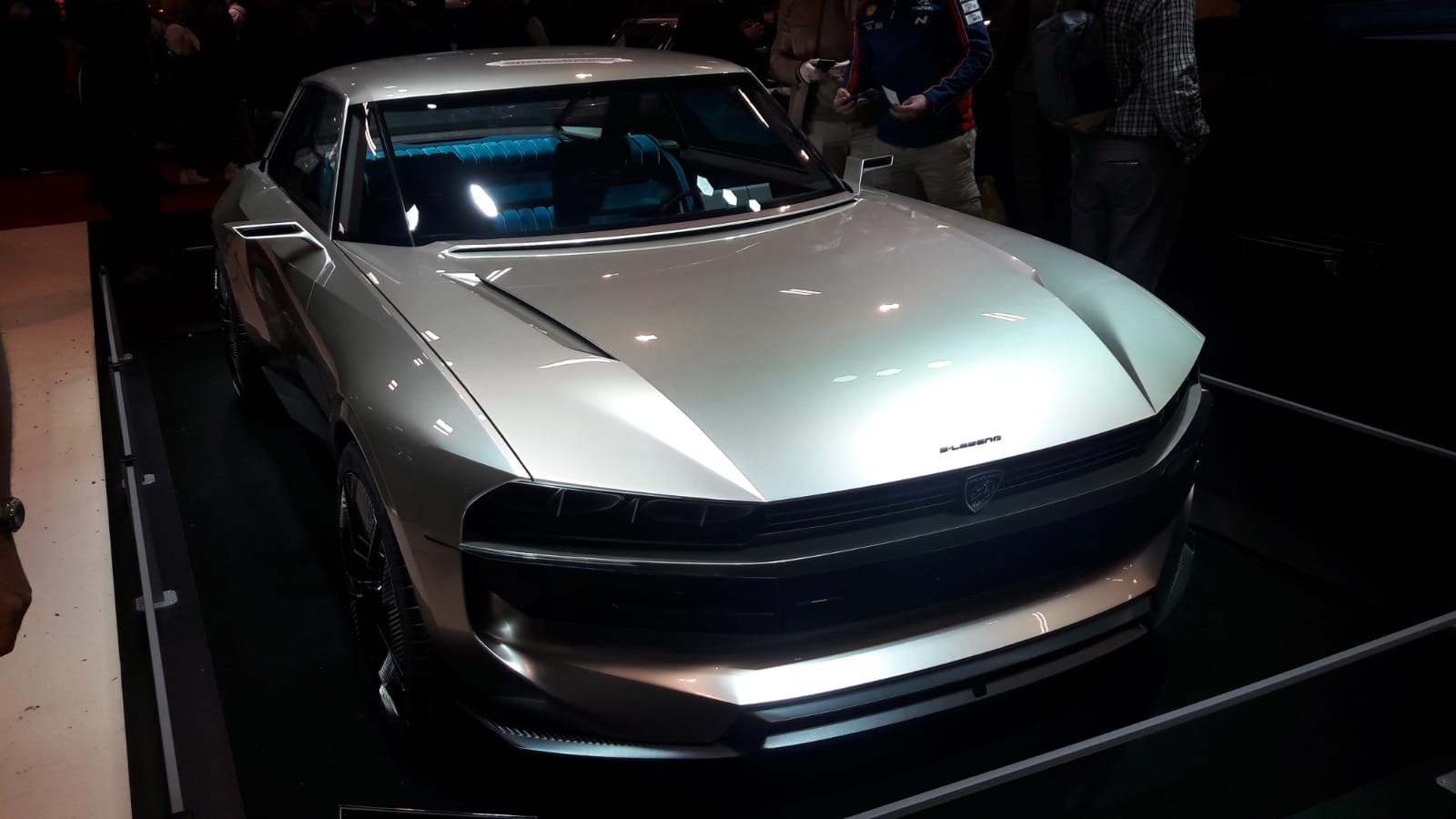 Another star of the show, this time at the Peugeot booth, was the e-legend, which despite being electric and futuristic, borrows elegant lines from history. A tribute inspired directly by the Peugeot 504 Coupé with its 19-inch wheel rims and mass-produced MICHELIN tires. 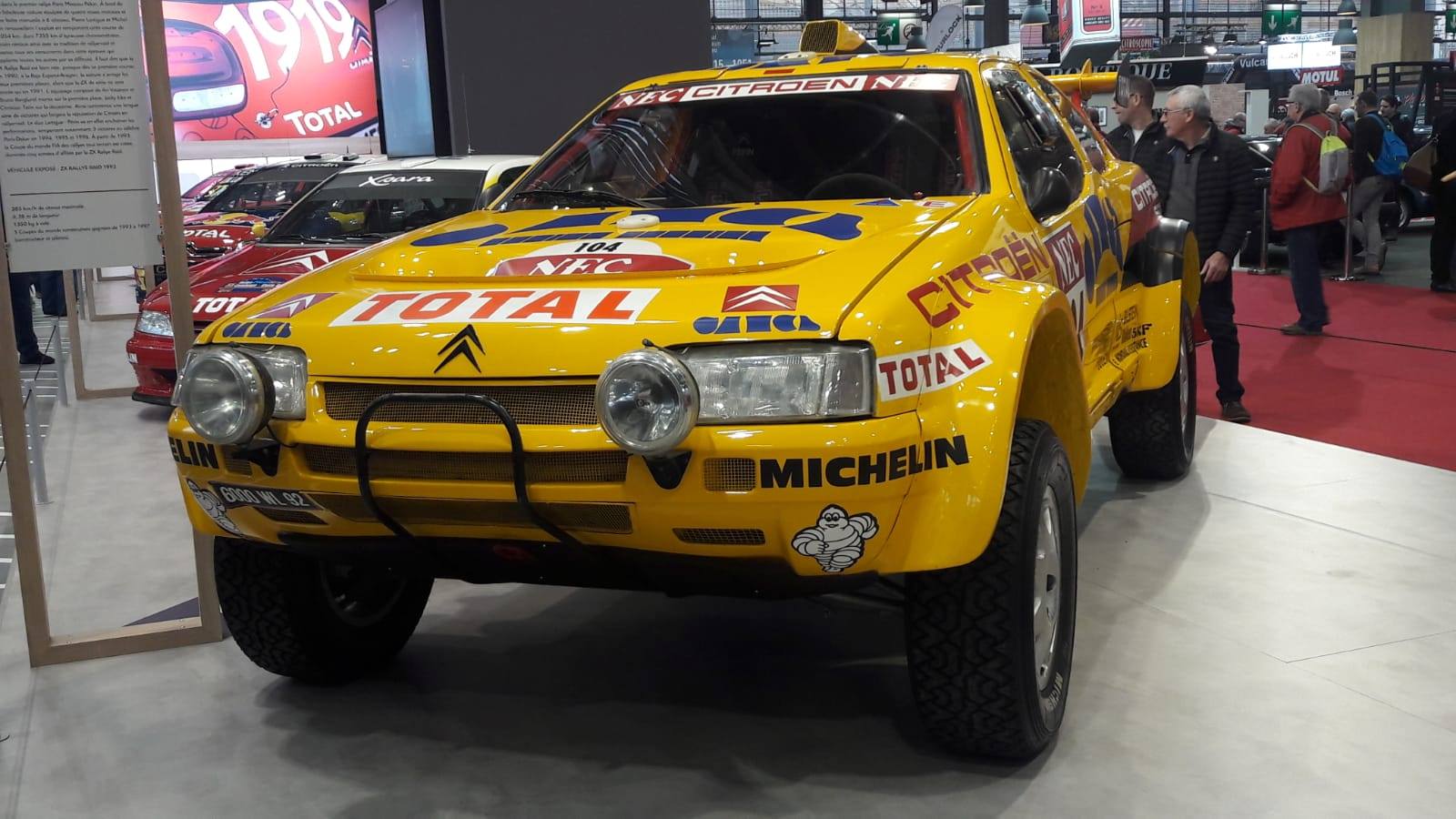 Where collection and racing vehicles meet, classic competition vehicles are keenly followed on tracks and in rallies. Specialists like Michelin who have continued their ranges in sizes that fit classic sports cars mainly provide the tires used.

The VR6 PRV feted at the Youngtimers booth 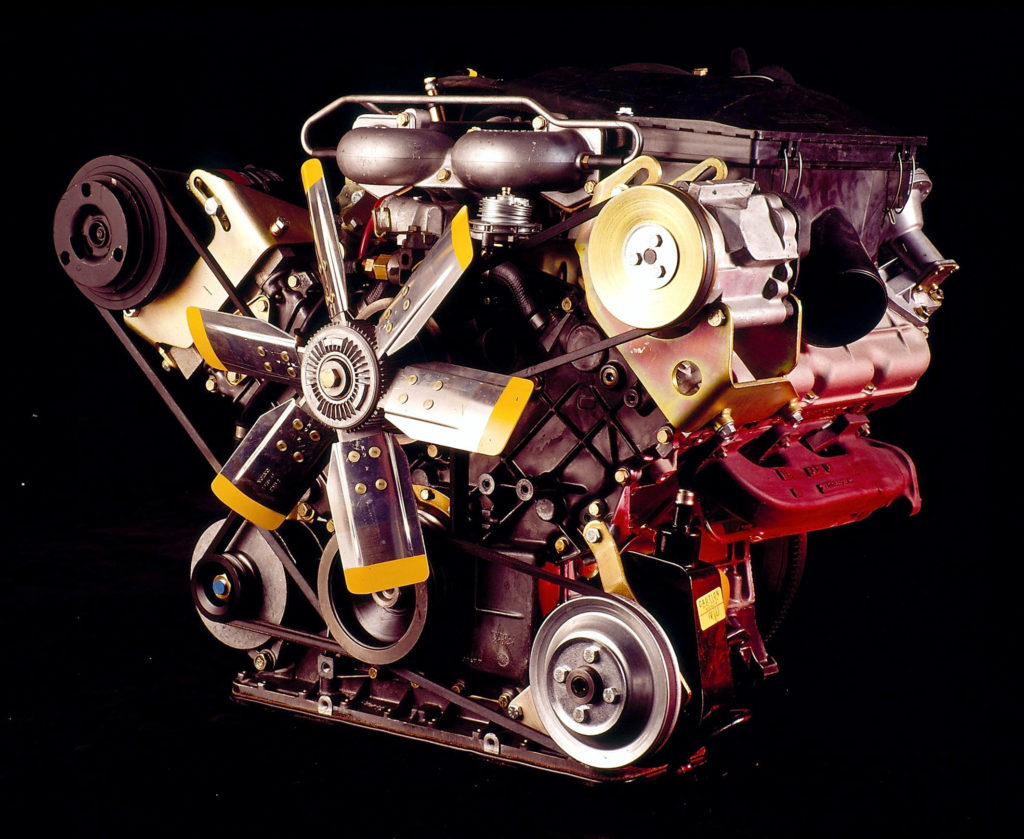 Youngtimers magazine, a monthly review dedicated to cult cars from the 1970s-1990s, paid tribute this year to the V6 PRV or Z block engine on its booth. Sold from autumn 1974 to 1998, they could initially be found on the Peugeot 504, Coupé or Cabriolet, and the Volvo 264 and 265. Around the original PRV in the center of the Youngtimers booth, several models were also on display to celebrate the 45th birthday of the V6 PRV: Renault 30, Peugeot 604, Volvo 262, DeLorean DMC-12, Venturi … 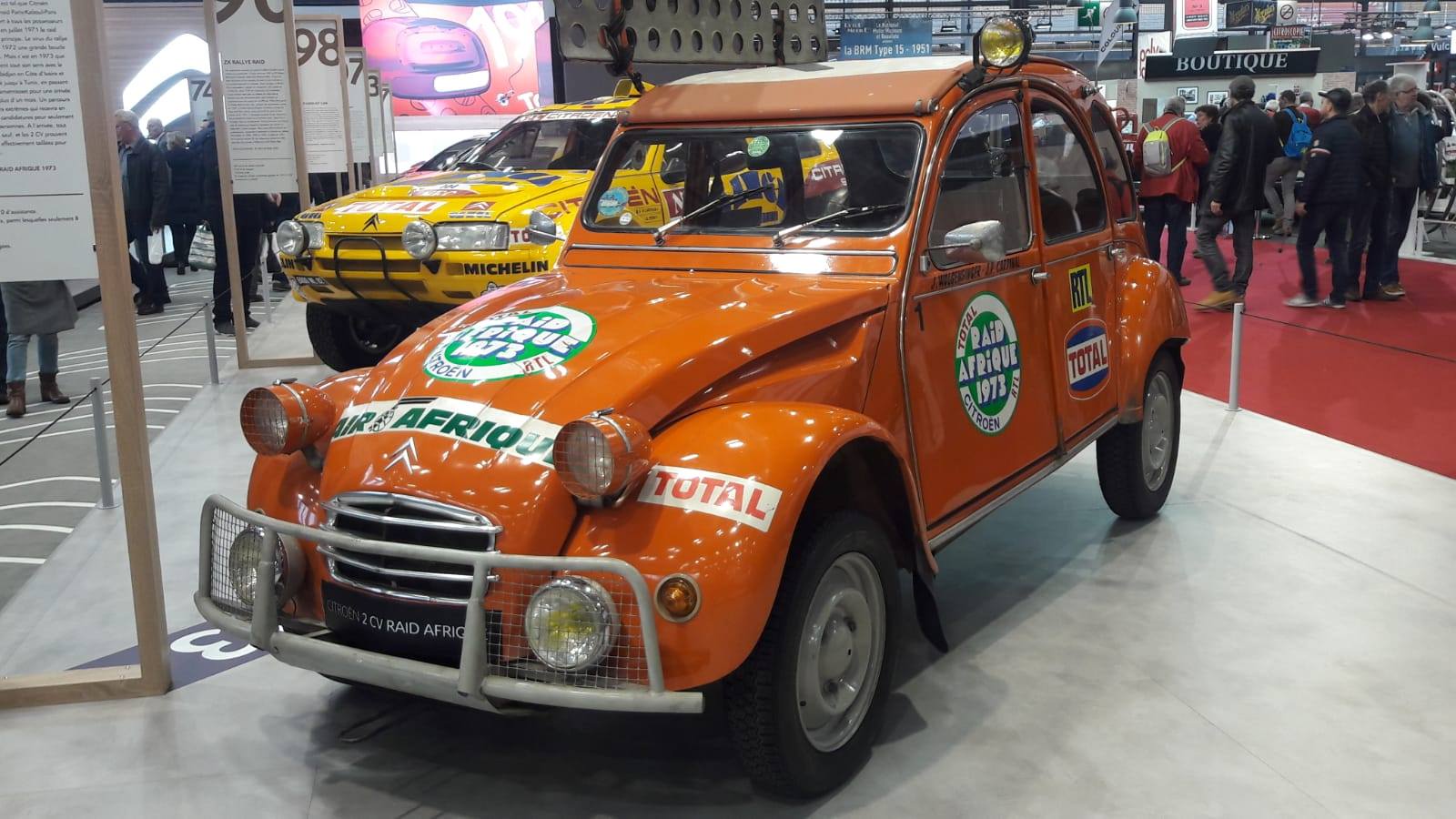 1919-2019. Retromobile 2019 was also a great opportunity to celebrate Citroën’s 100th birthday. It is a very French automotive history, intimately linked to Michelin’s own story as the tire manufacturer saved the car manufacturer by taking over the reins in February 1934. This year at its booth, Citroën had 30 of its legendary models, mass-produced, racing and concept cars. 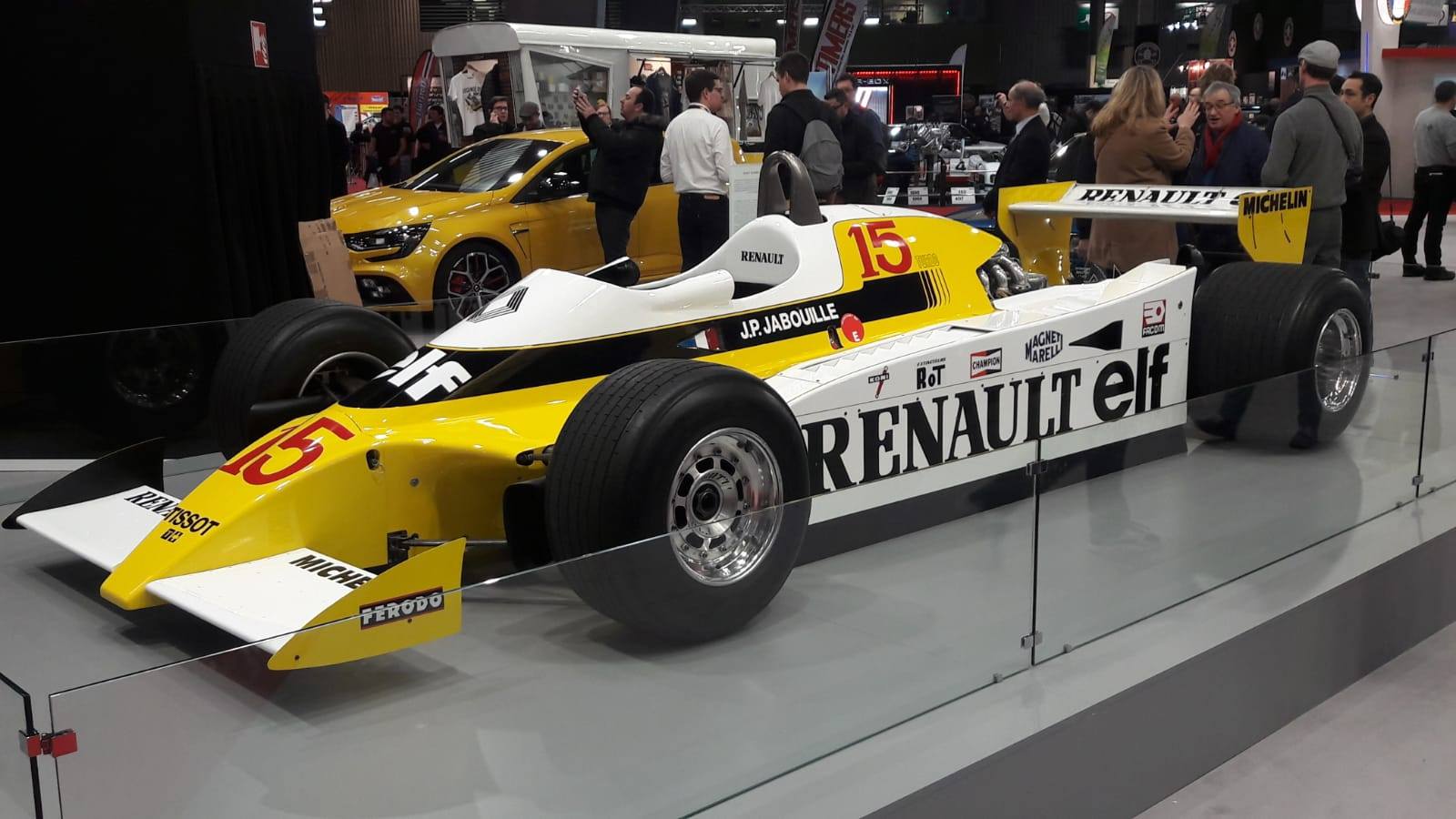 In 2019, Renault paid tribute to the many variations and models of turbo engines: from the R5 Alpine Turbo to the Safrane Biturbo, and this open-wheeler model driven by Jean-Pierre Jabouille in the F1 world championship a little over 40 years ago! Renault will always be the first Formula 1 team to have a turbo engine.

For Youngtimers from the 1970s and 1980s, older classics or historic racing cars, MICHELIN offers a line of tires to fit nearly any car made from the 1920s to the 1980s. Michelin Classic (Collection and Competition Ranges) has reissued many emblematic tires (Radial, XAS, TRX, etc.) with meticulously recreated and historically accurate treads as well as performances that meet today’s standards. The entire line also features the brand’s most recent advances in terms of materials and structure. These tires have improved traction while retaining the most appropriate characteristics for the vintage vehicles they were designed for.

New to the catalog:

Flipping through the Michelin Collection tire catalog is a trip back through 100 years of tire history and innovations.