The transport sector is at the heart of three major challenges: improving air quality, reducing CO2 emissions and fostering energy transition. Today, hydrogen-powered mobility is the imperative solution to meet these three challenges simultaneously. Hydrogen technology will play a key role in the mass development of electric vehicles to reach Zero-emission mobility in the future. Hydrogen fuel cells are particularly suitable for intensive use and for those who need greater autonomy. Consequently, they are perfectly complementary to battery technology.

Symbio, created in 2010 and subsidiary of Michelin since February 2019 is a Zero-emission mobility equipment supplier: thanks to Symbio hydrogen systems, electric vehicles gain both in terms of autonomy (at least doubled compared to a vehicle powered on battery technology alone) and in terms of "charging" time. Manufacturers started to show interest in this type of technology in 2017 due to increasingly strong social, regulatory and environmental pressures.

Symbio and Michelin decided that Faurecia, through its expertise and access to the area of electric powertrains among manufacturers, was the best choice - one that would enable the Joint-Venture to access the skills and expertise necessary for the development of different sub-systems including fuel cells, energy and thermal management, current-source inverters and electronic power.

Last March, Michelin and Faurecia announced their intention to create a Joint-Venture regrouping all the fuel-cell related activities covered by Michelin-subsidiary Symbio and Faurecia. Setting up of the business processes was finalized on November 21st 2019, with the creation of the Joint-Venture SYMBIO, A FAURECIA MICHELIN HYDROGEN COMPANY.

The aim of SYMBIO is to develop, produce and commercialize hydrogen fuel cell systems for light and utility vehicles, heavy goods vehicles and other areas of activity.

With SYMBIO, A FAURECIA MICHELIN HYDROGEN COMPANY, both Joint-Venture partners share the ambition, by combining their expertize, to become key players in the area of hydrogen fuel cell systems. 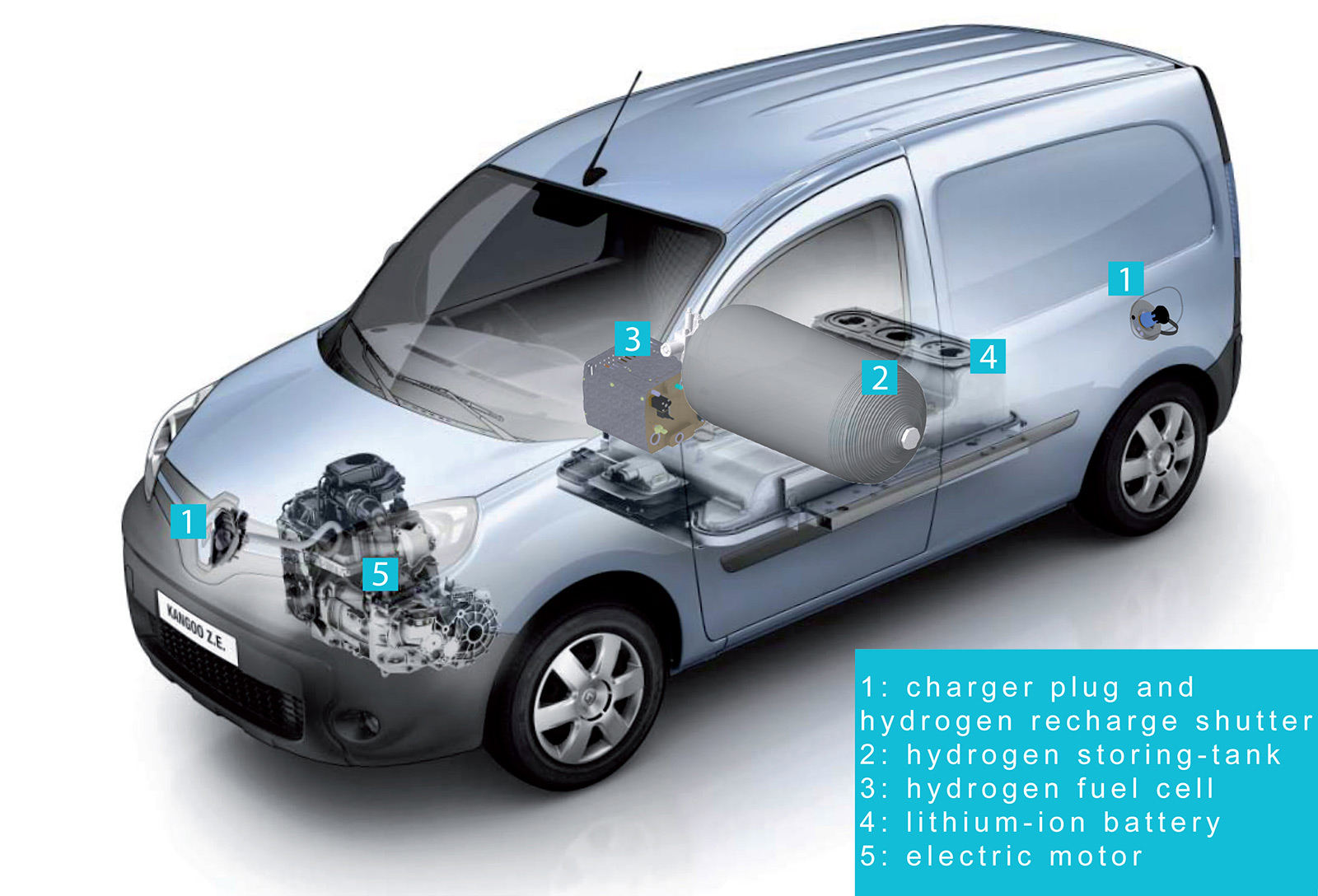 The company will start by targeting the Utility and Heavy Goods Vehicles market before moving on to upmarket passenger cars, which should kick off in Asia.

Technically, SYMBIO focuses on a structure in which the fuel cell completes the powertrain of a conventional electric vehicle. Adding a fuel cell upstream of the battery pack will give access to both the low usage cost from the batteries and the flexibility and autonomy offered by the fuel cell.

Concerning production, SYMBIO will consolidate all its skills in one production site, whose location remains to be decided.

This site will find itself at the heart of the Symbio R&D facilities, employing 200 staff across various sites: Grenoble, Le Bourget du Lac, Bavans, Lyon, Fribourg, Paris and Clermont-Ferrand.

For Michelin, the creation of this Joint-Venture fits perfectly with the Group's growth ambitions in the field of high technology materials, for increasingly sustainable mobility made accessible to as many people as possible.

Michelin and Faurecia aim to become key players in the area of fuel cell systems, by combining the know-how and expertize of both companies. Both players have just formalized the creation of SYMBIO, A FAURECIA MICHELIN HYDROGEN COMPANY, based on the Michelin subsidiary "Symbio", dedicated to the development of Hydrogen technology.

Fabio Ferrari, Chief Executive of this new structure, outlines his vision and goals for this joint venture. 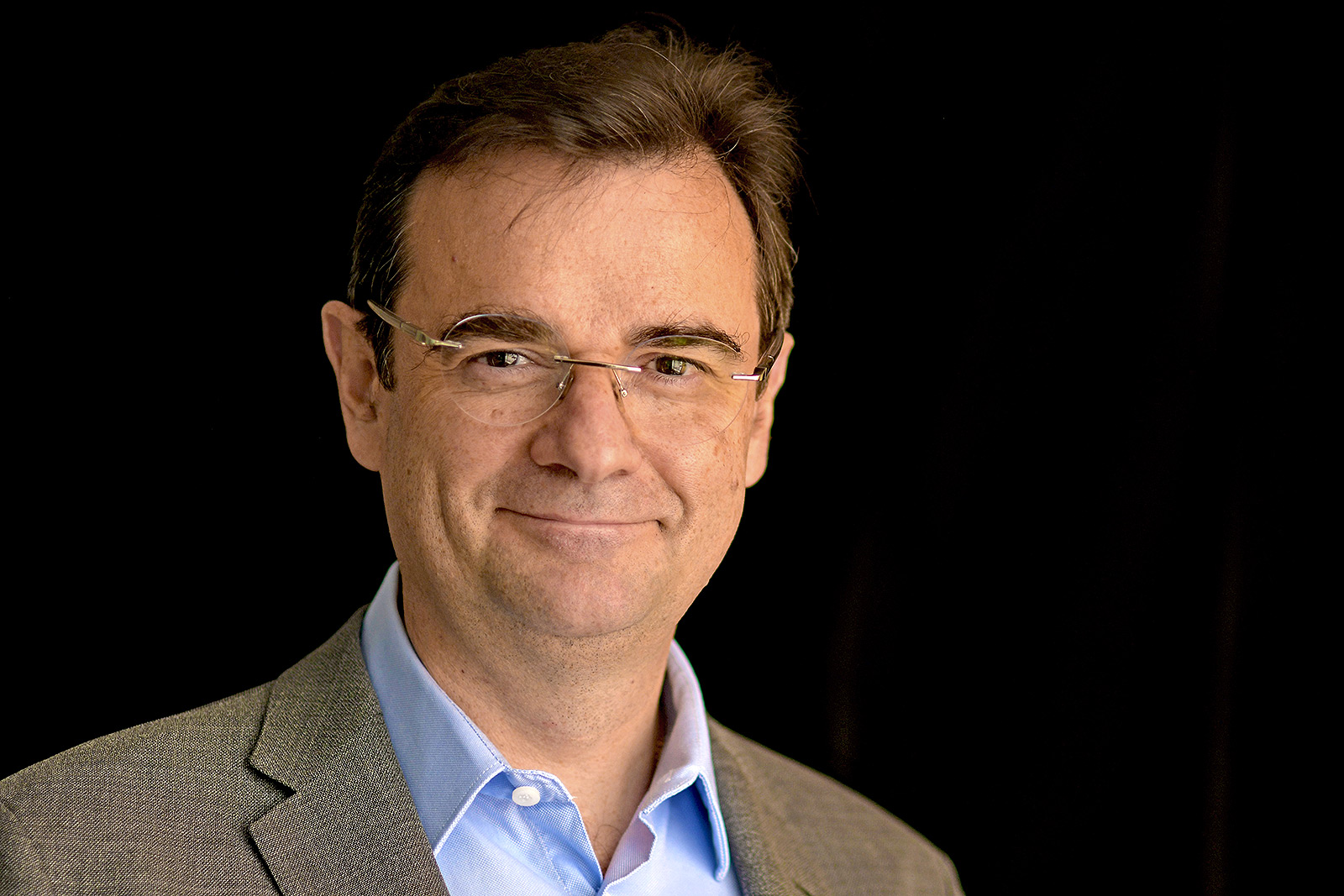 What are the objectives of the SYMBIO, A FAURECIA MICHELIN HYDROGEN COMPANY Joint-Venture?

We want SYMBIO to become one of the world leaders in fuel cell systems and consequently take part in speeding up the roll out of « Zero-emission » mobility. Though at short-term the most relevant markets are commercial vehicles and trucks, passenger cars will be involved between 2025 and 2030. We expect to produce 200 000 hydrogen systems a year by 2030. We've come a long way since the creation of the company in 2010!

What is your development and production approach?

Michelin and Faurecia, who now each hold 50% of shares in the Joint-Venture, bring their skills in the field of research and development. Consequently, we'll have close to 200 people across seven sites stretching from Clermont-Ferrand to Bavans through Lyon, Grenoble and Switzerland. We will shortly be adding a production unit whose location remains to be defined. This site will manufacture both the systems and the machines needed to produce them. Symbio wants to control production and I would like us to take inspiration from the flexible and agile methods that I've observed in the Faurecia plants. We'll have a real role of component supplier.

What are the next steps?

I created Symbio in 2010 and the teams involved are currently experiencing a major step in the company’s history thanks to the commitment of Michelin and Faurecia. As Chief Executive of this new Joint-Venture, I plan to guide it through the years ahead while bringing together the high level skills that both groups will provide. We're going to grow from a small business with 50 people to a company generating annual revenues of around one and a half billion euros by 2030.

‘Season 6’ action gets under way!