The Supervisory Board exercises permanent oversight of the Company’s management and assesses its quality for the benefit of the shareholders, presenting a report thereon at each Annual Shareholders Meeting.

Its oversight procedures include:

The Board receives regular information about the Group’s strategy and outlook.

In compliance with the Board’s internal rules, the Chief Executive Officer must present to the Board, prior to any decision, information about significant projects concerning capital expenditure, commitments, acquisitions and asset disposals.

THE SUPERVISORY BOARD MEMBERS

Supervisory Board composition as of December 31, 2019 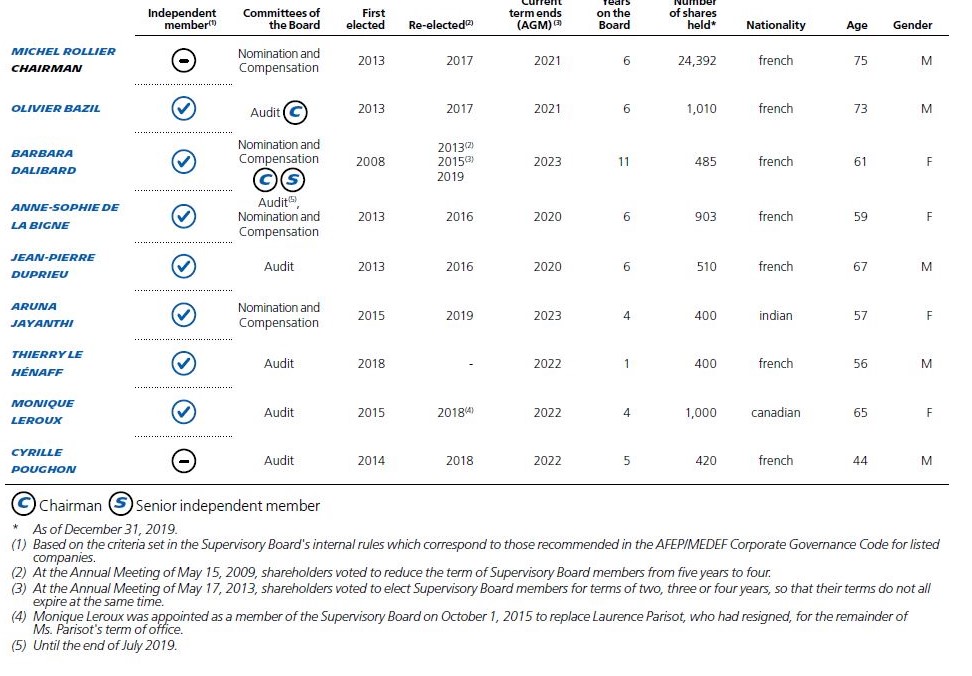 The members of the Supervisory Board as of December 31, 2019

Find the biography as well as the mandates of the members of the Supervisory Board in section 3.2.2 of the 2019 Universal Registration Document. 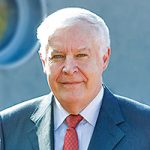 Chairman of the Supervisory Board
Member of the Compensation and Appointment Committee
Non-independent, non-executive member

Michel Rollier is Chairman of the Supervisory Board of Somfy SA.

He began his career at Aussedat-Rey (part of the International Paper group) in 1971, initially occupying the post of Financial Controller before going on to head up a business unit. He then held the position of Chief Financial Officer between 1987 and 1994 and subsequently Deputy Managing Chairman from 1994 to 1996.

He joined Michelin in 1996 as Vice President, Financial & Legal Affairs and then served as Chief Financial Officer and a member of the Executive Council from 1999 to 2005. 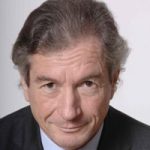 He has spent his entire career with Legrand*, which he joined in 1973 as Deputy Company Secretary before becoming Chief Financial Officer (1979), a Director (1989), Deputy Chief Executive Officer and a Member of the Executive Committee (1994), and then Vice Chairman of the Board of Directors and Chief Operating Officer.

Mr. Bazil is a graduate of HEC and holds an MBA from Harvard Business School. 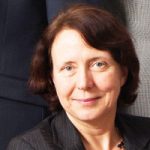 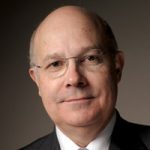 Between 2010 and 2016, he was a member of Air Liquide’s Executive Management team, in charge of supervising the group’s European and Healthcare activities as well as corporate functions, including information systems and Efficiency/Purchasing programs.

He is an independent Director of Korian, Chairman of the Compensation and Appointments Committee and member of the Audit Committee.

He is also a Director of Groupe SEB. 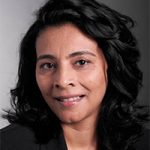 Member of the Compensation and Appointments Committee
Independent Member

From 2011 until the end of 2015, Aruna Jayanthi was Chief Executive Officer of Capgemini India, responsible for overseeing all of the Capgemini group’s operations in India, covering Consulting, Technology and Outsourcing Services provided by some 50,000 employees.

In 2016, she became head of a new global Business Services Unit comprising ITOPS and BPO (Capgemini and IGATE). In 2018, she was appointed to lead the Group’s operations in the Asia-Pacific and Latin America regions, before becoming Managing Director of these Business Units.

After obtaining a Master’s degree in finance management from the Narsee Monjee Institute of Management Studies in Mumbai, Aruna Jayanthi held various IT services positions between 1984 and 2000 (including at clients’ offices in Europe and the United States), with Tata Consulting Services, Aptech and other companies.

She joined the Capgemini group in 2000. 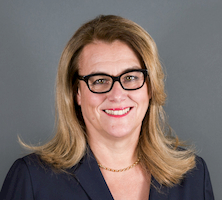 Since 2008, Anne-Sophie de La Bigne has been Vice President in charge of civil affairs in the Public Affairs Division, France, at Airbus Group*.

She began her career in 1983 as a financial controller with the Matra group before joining the Strategy & Business Development Department of the Lagardère group, where she worked from 1985 to 1999.

She subsequently became Head of the Strategic Analysis Department at Aerospatiale Matra/EADS, a position she held until 2001.

Between 2001 and 2006, she served as Vice President, Strategy and European Affairs, at Groupement des Industries Françaises Aéronautiques et Spatiales (GIFAS) and, from 2006 to 2007, she was responsible for international corporate relations in the EADS’ Public Affairs Division. 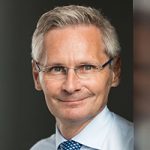 After starting his career with Peat Marwick Consultants, in 1992 he joined Bostik, Total’s Adhesives division, where he held a number of operational positions in France and worldwide. In July 2001, he was appointed Chairman and Chief Executive Officer of Bostik Findley, the new entity resulting from the merger of Total’s and Elf Atochem’s Adhesives divisions. On January 1, 2003, he joined Atofina’s Executive Committee, with responsibility for three divisions (Agrochemicals, Fertilizers and Thiochemicals) as well as three corporate departments. Then, in 2004, he joined the Total Group’s Executive Committee. He was named Chairman and Chief Executive Officer of Arkema on March 6, 2006. He has sat on the Board of Directors of the École Polytechnique Foundation since 2016. 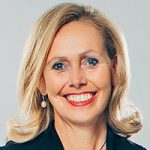 Companion of the Canadian Business Hall of Fame and Investment Industry Hall of Fame, Monique Leroux is a company director. She is Strategic advisor and member of the Strategic development committee of Fiera Capital and Vice-Chair of Gestion Fiera Inc. and a member of the Boards of Directors of Michelin (ML-France), Bell (BCE), S&P Global (SPGI), Couche-Tard (ATD) and Lallemand Inc. (a privately owned company). She contributes to these Boards her wide-ranging experience, acquired for example as a partner of EY (Canada) and as Chair of the Board and Chief Executive Officer of Mouvement Desjardins from 2008 to 2016. From 2016 to 2020, Monique Leroux served as Chair of the Board of Directors of Investissement Québec. She is also Vice-Chair of the Board of the Montreal Symphony Orchestra.

Ms. Leroux is a member of the Order of Canada, an Officer of the Ordre national du Québec, a Chevalier de la Légion d’honneur (France) and a recipient of a Woodrow Wilson Award (United States). She has been inducted as a Fellow of the Canadian Order of Certified Public Accountants and Fellow of the Canadian Institute of Corporate Directors, and has been awarded honorary doctorates from eight Canadian universities in recognition of her contribution to the business sector and also to the community. 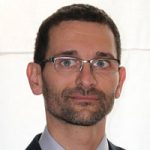 He began his career with the Michelin Group in 1996 and has held a variety of positions in sales and logistics. He served as Secretary of Michelin’s European Works Council until 2014.

Changes in the composition of the Supervisory Board as of June 24, 2020

At the meeting held immediately after the Annual Shareholders Meeting on June 23, 2020, the Supervisory Board of Compagnie Générale des Établissements Michelin decided to make the following changes to its governance: departure from Olivier Bazil and appointment of Patrick de la Chevardière to the Supervisory Board.

Members of the audit Committee

The Audit Committee has comprised the following members as of December 31, 2019:

A description of the work conducted by the Audit Committee in 2019 is provided in the 2019 Universal Registration Document (pages 80 and 82).

The composition of the Audit Committee changed as follows from June 24, 2020:

The Audit Committee’s role and responsibilities

The Audit Committee assists the Supervisory Board in fulfilling its oversight role. It operates as a specialized committee tasked with addressing issues related to the preparation and control of accounting and financial information in accordance with Articles L. 823-19 and L. 823-20-4 of the French Commercial Code.

The Compensation and Appointments Committee

Members of the compensation and appointments Committee

The Compensation and Appointments Committee has comprised the following members as of December 31, 2019:

A description of the work conducted by the Compensation and Appointments Committee in 2019 is provided in the 2019 Universal Registration Document (pages 81 à 83).

The Compensation and Appointments Committee’s role and responsibilities

The Committee is also tasked with examining the independent status of Supervisory Board members based on the criteria in the AFEP/ MEDEF Code, in preparation for the Board meeting during which the independence of its members is formally assessed.

In addition, the Committee Chairman participates in the assessment of the Board’s practices that is carried out annually by the Chairman of the Supervisory Board through individual meetings with each Board member.

The Committee’s proposals help the Supervisory Board to formulate recommendations to the Non-Managing General Partner about the criteria to be applied to the Managers variable compensation.

The Committee also reviews all amounts and benefits due, awarded or to be awarded to the Managers for the previous year by Group companies.