Edouard Michelin developed and patented the first detachable tire with an inner tube for bicycles, making punctures easy to repair. 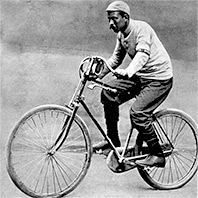 The first MICHELIN guide was published; 35,000 copies were distributed for Universal Exhibition in Paris. It was the starting point of development of services for travelers, on the first quarter of 20th century:

1910: The first Michelin road map specially designed for motorists was published. It featured the famous "accordion" fold patented by Michelin.

1926: Michelin created a new collection of guides, each containing information and driving directions for exploring a particular region. The first guide featured Brittany. Originally with a red cover, the regional guides later developed into the famous collection of "Green Guides."

Michelin invented a steel wheel to replace the earlier wooden wheels. It was much simpler to use and repair, which allows the apprearance of the spare wheel. 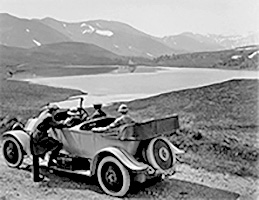 Michelin invented the first steel casing tire for trucks: the METALIC. This tire was more resistant to overheating and heavy loads. 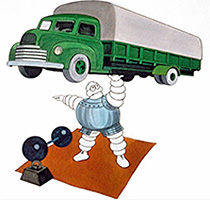 Michelin's extensive research resulted in an amazing technological breakthrough: a tire with a radial casing. It was not just new, it was also safer, more economical and longer lasting, offering up to four times higher mileage than a conventional tire. Michelin filed the patent for this innovation on June 4.

The radial tire was used for the first time in 1951 in car racing: the Lancia team arrived first in its category at the 24h of Le Mans with vehicles equipped with these new tires. In 1979, together with Ferrari, the radial tire MICHELIN became the Formula 1 world champion. 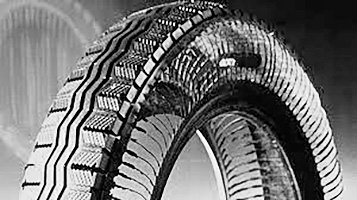 Michelin presentd the first heavily laminated winter tires, MICHELIN XM+S. These tires were designed for vehicles that were frequently driven in mountain areas, in all weather and regardless of the condition of the soil.

Since then, all Michelin winter ranges presented a highly laminated sculpture, such as the tire MICHELIN XM+S100 in 1983. This major innovation has significantly improved performance on snow-covered winter tires.

In 1994, Michelin launched the Alpine Y-blade tire, allowing the density of the slats to be doubled at the end of their life, thus improving the grip on snow throughout the life of the tire. 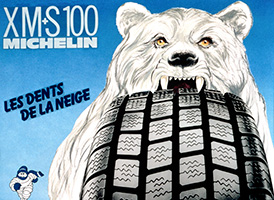 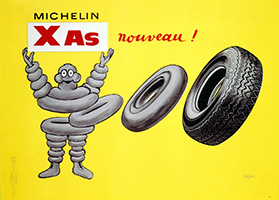 In 2003, Michelin invented the ‘’Antisplash’’ deflector which divided by four the water splashes of heavy trucks thus providing better visibility and greater safety to motorists who are behind or trying to overtake.

ViaMichelin was set up to develop digital services for travel assistance. These free services give users all the useful information they need to prepare their trips.

In 2015, ViaMichelin was deployed in 13 countries. 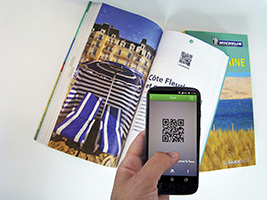 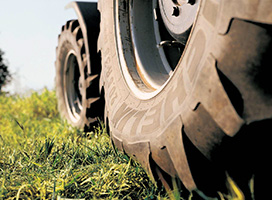 The Michelin Earthmover Management System arrived on the market. It was the first smart tire pressure and temperature monitoring system for overground mining. Productivity was enhanced as machine downtime for tire pressure adjustment became a thing of the past.

Connected services for fleet management then extended to other applications in the following years:

2012:  Contributing to the safety of buses operating in the context of the London Olympic Games by offering "communicating" tires with an RFID (Radio Frequency Identification) chip.

2013: Launch of the first Michelin EFFIFUEL TM offer, to help fleets of trucks and trailers with more than 220 vehicles reduce and control their fuel consumption.

2015: Launch of the EFFITRAILER TM service for semi-trailers, and marketing of the first connected agricultural tires. 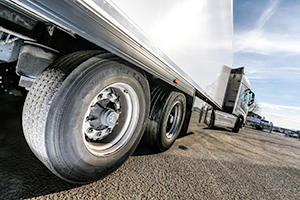 The MICHELIN Protek Max inner tube for bikes was unveiled. It seals itself after a puncture, considerably reduces pressure loss when the bike is not in use, and is much easier to mount thanks to its square shape and textured surface. 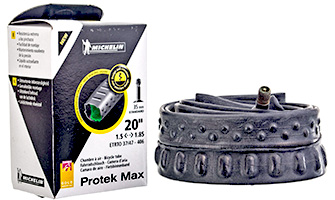 Approval of the MICHELIN Energy TM E-V tire by a manufacturer: 1st Michelin tire specially designed for electric vehicles that get the A rating for both wet braking and energy efficiency on the European label. 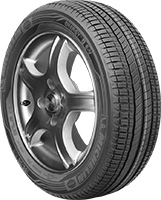 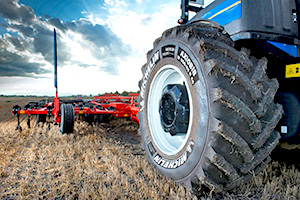 The MICHELIN Premier A/S was launched. Thanks to EverGrip technology, it offers greater performance throughout the tire life span.  Equipped with a self-regenerating tread and an innovative rubber compound, this tire delivers superior wet grip, mile after mile. 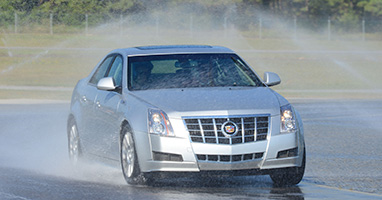 Michelin launched the MICHELIN Cross Climate: the first summer tire with winter certification, thanks to a mix of previously incompatible summer- and winter-tire technologies. 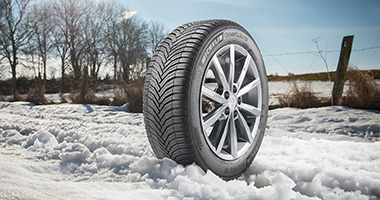 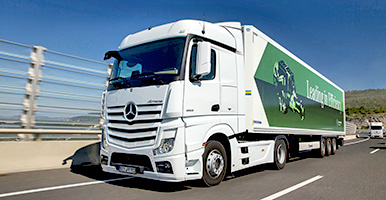 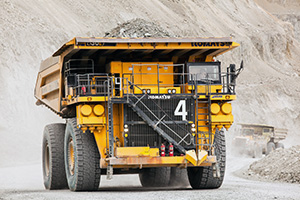 At the 2019 Bourget exhibition, Michelin and Safran announced successful flight test of the first connected aircraft tire on a Dassault Falcon 2000S. 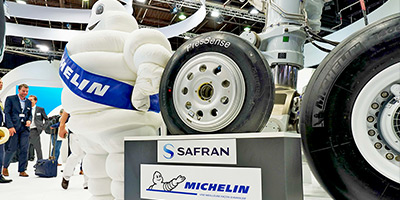 Michelin invented MICHELIN ACORUS technology: two rubber expanders fitted to a slightly narrower wheel. When the vehicle suffers an impact, the expander extends and safeguards both the tire and the aluminum section of the wheel. 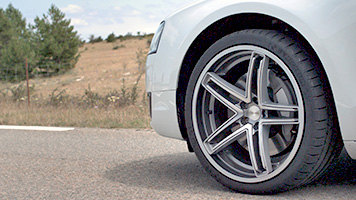 Co-developed with the members of a Porsche Club, the connected tire solution "MICHELIN Track Connect" accompanies drivers at every stage of their runs on circuit:

Michelin presents the new MICHELIN Alpin 6. Thanks to its scalable structure (appearance and widening of grooves with tire wear) and its multi-layer tread, the MICHELIN Alpin 6 ensures optimum safety and control over snow, even in the worn out state. 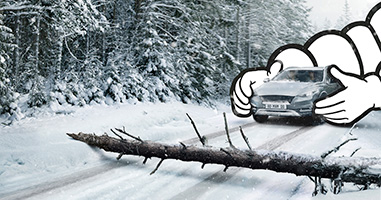 Wayscral, Michelin and Norauto launch Wayscral HYBRID Powered by Michelin: the first electrically powered bike tire with a removable motor and battery. The result of three years of research and nine patents, this classic bike transforms into an urban electric bike in less than three seconds. 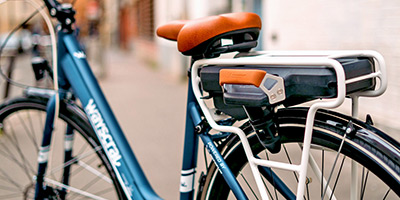 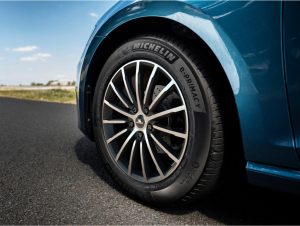